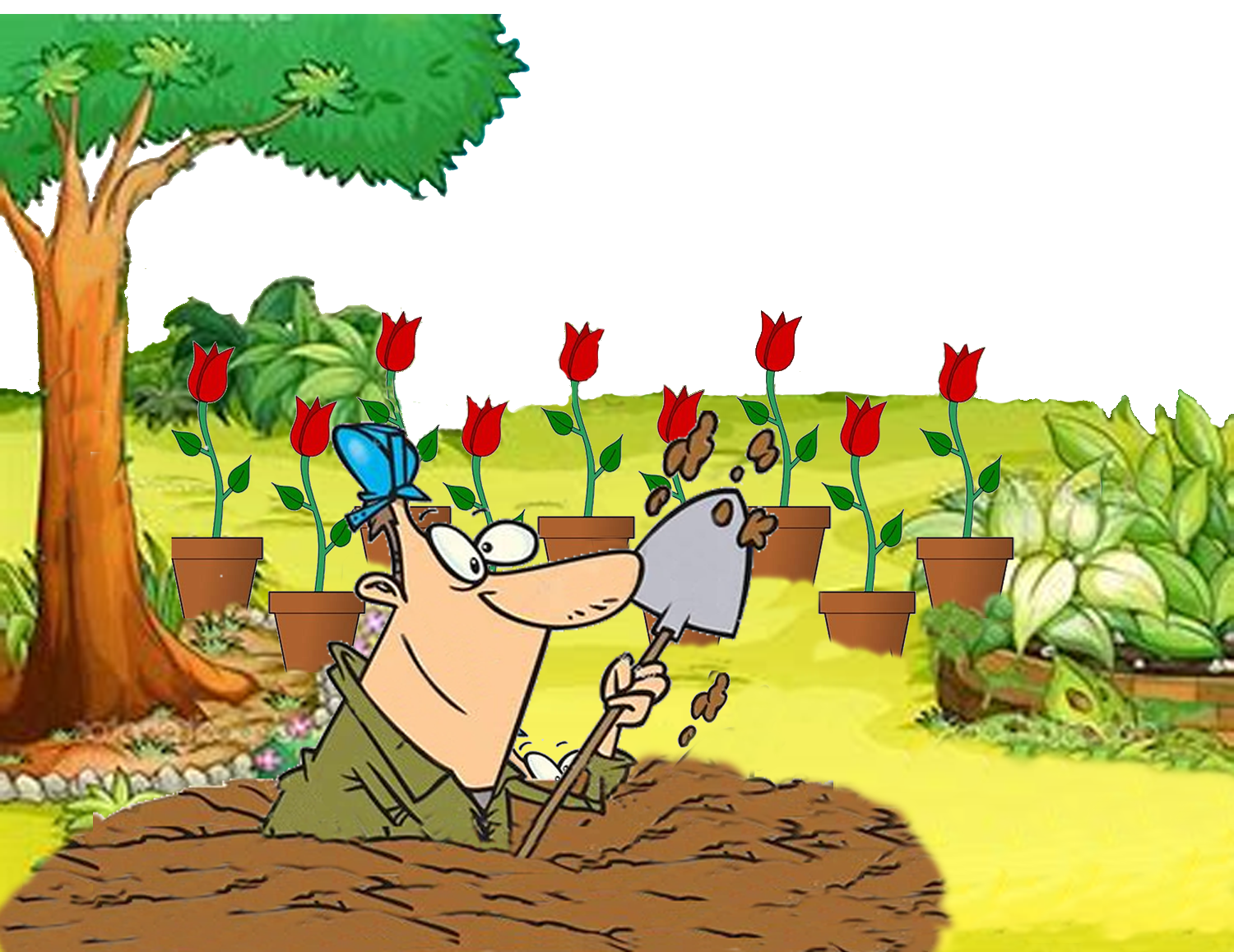 Life on the Ambassador College campus was always interesting. Because there was an endless stream of the unusual and strange events, very few days were boring.

It may be hard to define “strange”. However, the following event was just that, strange from the standpoint that it was completely unexpected, irrational and even bizarre.

On this particular spring morning, the boss gave Joe the assignment for a simple planting project. He was to plant three dozen roses near one of the faculty member’s home. Actually, it was the home of the Chief Apostle of the church and college’s empire. Since he was easily upset if he found something he did not approve; he could go at the blink of an eye, from a smile to a full-blown rage, any crew working near his house needed to tread very carefully.

Working in this area was comparable to working close to a sleeping mad dog, sure did not want to awaken the hateful beast.

I was on my way to my assigned task for the day when I came upon Joe as he was beginning to prepare an area to plant the roses.

Now Joe was a complete marvel and mystery to watch. I never knew anyone that could work so hard at not working, and making the not working harder than the original job. Now if you think that sounds a bit confusing, just read on.

He was a nice enough man. He was kind and considerate, and one of the oldest (55 years old) new hires on the crew. On the surface, he appeared to be a hard worker. Somehow, on this particular project he turned a perfectly good plan a bit sideways. Actually, it was more astounding than strange that he came up with such an ingenious, and a completely unworkable plan. No doubt about it, he was headed for disaster just as fast as he could go, and he was oblivious to what he was about to create.

It would have been far easier for him to catch a fiery snowball in July than to pull off what he was about to do. In many respects, it would have made more sense to catch the fiery snowball, and that is complete nonsense. Just thinking about causes the brain hurt.

His job and task for that day was quite simple; that is why the boss gave him the job.  He was to plant three dozen roses in the designated area. The planting stakes were already in place and clearly marked for the roses. The job was not complicated, dig, plant, fertilize, fill in, and then water. Repeat that thirty-six times; then clean up the job site, and haul off the excess dirt to finish the job.

Sounds simple, it was!

The job was fool proof that is why the boss gave him the job. It was impossible for anyone to screw it up, as long as he followed the instructions that he received. It was so simple that did not require a great deal of skill or technical knowledge. All he had to do was to follow the written instructions and to use all the supplied materials. It could not have been any simpler.

So what was Joe doing in a hole that was more than 4 feet wide and over 3 feet deep?

It became immediately obvious that something was not right. The hole was wide enough and deep enough to plant a good size tree! However, Joe was not planting a tree, just roses…

I should have known better than to ask him….he looked at me as if I were stupid or something. He went on to explain rather than digging 36 holes and having to cart off the excess dirt each time, he was simply digging one hole 4 feet wide and 3 feet deep. He could haul the dirt off all at once and then as he dug the other holes, he planned to throw the excess dirt into the larger hole…amazing, simply amazing! I thanked him for the information and insight, actually, I was thankful I did not have to account or explain to some irate minister what Joe was doing, because it make no rational sense.

I quietly and I might add hastily left before what he was doing was discovered. It would have been plain stupid to try to reason with Joe, or to have waited around for the Chief Apostle himself to come by. It was his daily routine to walk through the campus in the early morning and afternoon on his way to his office and then home. It was inevitable he would discover the mess, and then there would be hell to pay! He was very watchful and proud of HIS campus. Should he find something he did not like, well, you guessed it; everyone was bound to hear about it one way or another. What Joe was about to complete, the Chief Apostle would have absolutely hated…and that is a most dangerous situation.

About four hours later, on the way back to the office; being near that same area of campus where Joe was working, the question came to mind, was he still there and alive on the job?

Being very curious about how his project was coming along, it was amazing; he was still hard at it. He was getting nowhere, at least according to the original plan. When he finished the large hole, he decided that digging the others would be too tiring. Therefore, he placed all the roses in another big hole that he just finished. Now there were two. Fortunately, the second hole was only big enough for all 36 roses. He said since it was almost lunch time, it would be too much trouble to dig the other holes, and besides all the roses clumped together in mass looked good to him. Then he mumbled, no one will even notice the change from the original plan….that was almost true.

The next morning when the Chief Apostle, on his daily walk, happened upon the mess of roses, he stopped dead in his tracks. You could tell, even from a distance that he was not pleased. When he would get angry, his face would flush red and his fat cheeks would flop from side to side, as the anger would build. In a brief moment, he became 300+ lbs of holy terror and he was hot! He burned with almost uncontrollably anger.

I stayed my distance, I wasn’t wearing my asbestos long johns and I did not want to get singed….someone was really going to get reamed for this one.

Watching from a safe distance, I could see him turn in fury and speedily headed to the gardening office, which was close by. He was going to have someone’s head for this! As he turned the corner, he was moving with vigor, he nearly knocked over an old friend of his and a supervisor in the gardening department. That is when the yelling started. The poor supervisor was taking a lot of verbal abuse, (oops, righteous, loving correction). As soon as the Chief cooled down a bit, the supervisor had a bit of inspiration that saved his hide, he told him that what he saw was simply a temporary storage area for the roses. The supervisor went on to tell him that when the project was completed, it would make him proud. He also told him it would make all the neighbors and visitors very envious…no need for additional fertilizer here…when the Chief Apostle left he was actually smiling.

Then the supervisor immediately rounded up several men, they worked all-day and late into the afternoon planting the roses according to the original plan, and cleaning up the mess that Joe left. Of course, they had to haul in more dirt from the opposite end of the campus to fill in Joe’s big hole…but when the project was completed, it looked amazing. Yes, the Chief Apostle checked it out the next day, and it made him smile with arrogance and pride.

Joe? His situation turned out even stranger. You would have thought that the boss would have fired him. That is not what happened. As it turned out the boss gave him a pay raise, a promotion, and a new job. He would now be working on the lawn mowing crew. Why is it not surprising that his new job became one major disaster one after another? You cannot imagine how much damage Joe did with a commercial riding lawn mower, and in less than 20 minutes. What took place is a story and a subject for another time.

Impossible you say, surely this could not have happened….well, it did! That is what made life on campus so interesting. At times, the bizarre seemed to be normal. Not every day was like this, but far too many of them were.

I think all too often Christians live their lives, like Joe, moving from one disaster to another and accomplishing very little. Jesus the Christ, talking to us, said over and over again that, we should not to be afraid and to trust in Him.

Your Christian walk does not need to be one full of fear and uncertainty (or in Joe’s case, total confusion). The real workable plan is complete and fulfilled in Jesus Christ. He is the real deal, He is the only solution to move any person from a disastrous life that is unfulfilling, to living a life that is complete. Sound simple, well it is. Can you simply trust Him? He is worthy! You can and you should place your trust in Him.