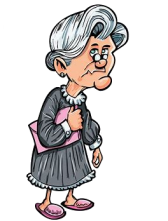 It was a warm and sunny morning on the island of Hawaii. There was a gentle breeze coming in from the ocean. It was a picture perfect setting for tranquility and beauty.

The house was located on an island inlet in one of the poorest and oldest neighborhood. However, it had a beautiful view of the ocean and beaches. This made a perfect setting for a new housing development; and it started right next to a well-kept but deteriorating property owned by a widow. 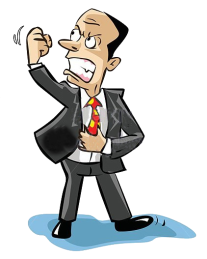 When the construction on the new house was finished, the widow’s new neighbor moved into his luxurious home. As it turns out, he was a retired CEO, and wealthy.

Even though she was quiet and respected his privacy, it did not take long before he began to resent living next to “That Woman”, as he put it.

It was her daily routine that he had a problem with; every morning she quietly walk to her front porch. Even though she is very poor, she would always, in a meek manor lift her eyes to heaven and give thanks to God for taking care of all her daily needs. She would do so even though life for her was a harsh struggle.

Having, enough food to eat was perhaps her biggest daily need. There were times when she would go without eating because she just did not have enough food. In spite of this, she was always very thankful for what she had.

This angered him that she would openly praise God, (even though she did so in a quiet manner). His anger burned toward her, he would heckle, harass and taunt her every morning. Sometimes he will even throw rocks while cursing her. Undeterred, she would from her heart, every morning give thanks to God.

Months passed and the harassment just never stopped! He would viciously curse her and spit in her direction. The name-calling, the spitting, and the verbal abuse was endless. The neighbor, being an atheist hated God. He took great pride in attempting to intimidate the widow….his efforts were in vain. Her faith and courage was stronger than his resolve to discourage her. She was a fearless and a determined widow who would not stop thanking God.

One morning, as usual, she walks to her front porch. Then she stops abruptly, looks, and her eyes widen with amazement. Slowly tears begin to well up in her eyes and fall gently down her weathered face. There on her porch, to her amazement, were several bags of groceries, they were full and overflowing with wholesome and nutritious food!

Many thoughts raced through her mind, how, when…and most of all who, who would be so kind and so generous? She took a moment to gather her thoughts; without hesitation she lifted her eyes toward heaven and thanked God for taking care of her and her daily needs……

Then it happened….before she could finish, out from the tall bushes her nasty neighbor jumped and landed right in front of her. Now staring at her eye to eye, angrily he told her God did not provide anything for her; he bought the groceries. God had nothing to do with it! He just stood there and glared at her.

A little shocked, as you might well expect, her jaw dropped, she looked at the groceries, then at her neighbor who had a smug look on his face, then once again at the groceries. She smiled, then lifted her eyes toward heaven and very thankfully and emotionally said, “Thank you God for taking care of all my daily needs…and thank you for getting the Devil to pay for it!”

This time, the neighbor’s jaw dropped. Now for the first time he had absolutely nothing to say. He was speechless! That was the last time he ever confronted or taunted her.

Faith and courage when placed in God is a powerful combination. I am sure He smiled that day at the widow and her trust in Him.

One thought on “Faith and Courage”