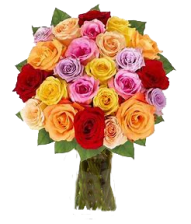 It was a beautiful summer day. The air was clear, no smog, which is very unusual for Pasadena during the month of May. Taking a casual walk across the campus to the landscape office, I was enjoying the clarity of the clean air and noticing the wonderful fragrance of the Jasmine shrubs in full bloom. It made the walk very pleasurable. It was just one of those rare, wondrous and special days where everything was just perfect. It felt good to be alive and working in such beautiful surroundings.

Coming into the Landscape office, Alma the secretary gave a warm friendly greeting, “Hi Bob”. She was a beautiful young woman, cheerful and bright in her late teens or early 20’s. She would always cheerfully greet everyone with such warmth that it made them feel special and welcome.

We chatted for a while. She looked at her watch, (it was nearly noon); she smiled and

mentioned she would like to run some errands and asked if I would be willing to watch the phone and office while she was gone. Having no real plans for the noon hour I found myself sitting at her desk as she walked to her car.

Alma’s desk faced south. Visible through the large office picture window was the beautiful rose garden. Thousands of roses, red, pink, yellow, white, orange and even some rare black ones and they were all in bloom, it was quite an impressive garden; it even won several prestigious national awards for the beautiful garden it was.

While admiring the garden the phone began to ring while I sat there finishing a report for the boss. There were several calls; none was of any real or special importance. However, when answering the last call one of the churches executive ministers walked

into the office. He proceeded to bark orders, like some master sergeant yelling at a new recruit, while I was still on the phone. I held up a hand and motioned for him to wait. That was something no one dared to do, tell this self-important church executive to wait. Him wait…not a chance! So he became agitated, none-the-less he still had to wait until the call was finished.

Smiling I looked him square in the eyes and asked him if he needed assistance? The tone of his voice was quite hostel as he sternly informed that he wanted some roses from the adjacent garden and he wanted them now! The rose garden was one area on campus that was off-limits; no one could cut and take the roses. The only exception, of course, a minister of high rank (I always thought “rank” was a foul odor). Only they had the right (?) to take, at their discretion, any roses they wanted, for any purpose they deemed necessary. No staff worker was to ever question or interfere.

I informed him the cutters were on the entry table in the office and that he was welcome to take whatever roses he wanted. I turned back to my report for it was nearly finished…he impatiently interrupted again. “No, he said! I want you to cut me some roses, and I want you to do it NOW!” I was surprised by his forceful request; no actually, it was more like a command than a request.

Explaining to him that normally I would be happy to cut him some roses; however, I volunteered to watch the office for the secretary while she ran some errands. It would not be possible to leave the office until she returned. Once again, pointing out where the cutters were and again stating that he was welcome to use them.

Well that did it; he became furious. How dare anyone challenge and ignore his authority! His face began to turn red with indignant anger. He said, “Don’t you know who I am? Get out there and cut me some roses!” Knowing who he was and that he held a powerful office, which presented a potentially serious problem. I reluctantly responded by telling him the title of his office, and that I was fully aware of who he was. So I simply said “yes and…”(Implied, that does not change anything). This just exasperated his anger and impatience; did not change anything. I could and would not leave the office even for him.

It was then his anger turned into what was almost uncontrolled rage and he threatened to have me fired and kicked out of the church. While this was a little unsettling, because he had the authority to do exactly what he said. His attempt at intimidation did not work. He next tried to bully his way, which did not work either. I stood my ground.

Next cane an apology for the delay (a business like courtesy) and for inconveniencing him. I explained that I would not leave the office and betray the secretaries’ trust; because I gave her my word that I would remain here until she returned. This reason proved ineffective. It made very little difference, if any in calming him down.

Before another word was spoken, Ellis the manager of the Landscape department returning from lunch walked in. After briefly explaining to him why the minister was so hot and raging, he immediately grabbed the cutters, (almost in a panic) and escorted him out to the garden where he cut him the best two dozen roses the garden had to offer, and made sure all the thorns were removed.

This minister made an arrogant point of walking past the office door with his roses and glaring with his most contemptuous look. OK, no problem; he is what he is. Felt very

sorry for him, and especially those that had to work for him. Their nightmare continued on a daily basis. You might even say it was a living hell for them (Had a good friend that worked for this minister. The stories he would tell were both frightening and sad.).

When Ellis returned to the office, after defusing the situation, he wanted a more detailed explanation of what happened. While I was explaining to him the events, he gave me the strangest questioning look. It was as if he was silently asking, “How did Bob survive that without being fired?” No one survived standing up to this minister in the past. The outcome of the incident was a bit miraculous (I think my guardian angel was working overtime). Nonetheless, it felt like I did some serious battling with the devil himself, or at least one of his chief representatives.

You need to understand that, in this cultic church, the ministry was revered and almost treated as a God-like personage. I guess they never understood that Satan is the god of this world. He is the one that is demanding, self-centered, hot tempered and unforgiving. This was the very attitude and frame of mind this minister reflected, and not the heart and mind of the Savior.

Not judging the man’s heart, but his actions, and they were anything but Christ like; which in itself may be a reflection of his heart…only the Savior knows. Nobody pulls the wool over His eyes for He intensely sees into very core of a man’s heart and judges accordingly.

Only Jesus is worthy of our deepest honor, respect and worship. His true ministers will always reflect His heart and mind. They are the ones that the members should treat with respect for they are kind, patient, gentle and long suffering.

When you reflect on the ministry and leadership of your church, do you see the heart and mind of the Savior? If not, maybe it is time to consider what you are really missing by putting up with a counterfeit, and one that leads to discouragement and despair. Now might just be the time to search for the real and genuine article. That is His ministry, the ones that will treat you with the dignity and respect you deserve.

Alma finally returned and thanked me for watching the office. I smiled and we talked about the incoming calls and the follow-up she needed to do. Then I told her about the unholy guest…she simply rolled her eyes as she was all too familiar with his type. I told her it was a pleasure, and for the most part, it was, watching the office for her. As I was leaving the office, I once again noticed the fragrance of Jasmine that filled the air. The sense of euphoria returned. It was the kind of day it just felt good to be alive.

Life on campus was at times difficult and emotionally draining, but it was far from being dull.